Pascale:
Problems with annotation to complexes :

Example of the data IntAct is capturing for thier protein complexes: http://www.ebi.ac.uk/intact/pages/details/details.xhtml?interactionAc=EBI-2307627

Serenella: Let's say that there is an external reliable database which takes care of the complexes (IDs, memberships, ...).

Then we would have the possibility to (?):

A. Should the MF(s) and/or the BP(s) of the complex be 'expanded' to its individual members ?

Bernd (response to Serenella, above proposed rules B)


similarily
P08476 INHBA Homo sapiens Inhibin beta A chain
is annotated according pmid:11948405 to
GO:0008285 negative regulation of cell proliferation
But the experiments have been explicitly done with activin A what can not be captured by the current GO annotation (with proteins as objects).

Example 2: Guanylate cyclase
Background: (taken from SP) [GUCY1A2] Has guanylyl cyclase on binding to the beta-1 subunit. Heterodimer of an alpha and a beta chain.

MF GO:0004383 should be annotated to the complex not its subunits.

The cited composition appears wrong to me, as there are several subunits that are probably present in a mutually exclusive fashion, like BRM and BRG1, and BAF60A and BAF60C. Is rather a generic complex then. Useful definition?

Example 4: GO:0046881 VRK3/VHR/ERK complex
def: A ternary complex consisting of VRK3 , VHR (Dusp3), and ERK1 (Mapk3) existing in neuronal cells. and is involved in regulation of the ERK signaling pathway.

It appears to me a borderline case for a complex at all. There is no purification, but some coip experiments with western-blot read outs well indicating that the three proteins can assemble and act together. (Also I guess that the ERK antibodies are not specific.) To me it is rather VRK3:VHR that is the functional unit (and acts on ERK). QUESTION: Do we want to capture a complex (GO:0046881) like this? Is the view of VRK3:VHR too 'mechansitic'?

The ASTRA complex was annotated in GO by SGD and GeneDB_Spombe (apparently two groups at two dates, means presumably two people read the same paper etc, which btl is not very efficient).
PMID: 19040720
'Our approach to charting proteomic environments relies upon the sequential use of TAP and mass spectrometry to identify stable protein assemblies. In a typical TAP pull-down experiment, LC-MS/MS analysis identified over 500 proteins containing stoichiometric and transient bona fide protein interactors, along with a large number of background proteins of diverse origin and abundance. To dissect the composition of complexes, we employed a layered data mining approach. First, we sorted out common background proteins and then distinguished proteins specifically enriched in the TAP isolation using semi-quantitative estimates of their abundance (Figure 1).'

It appears to me that in a proteomics approach they performed several rounds of IP with selected baits followed by an statistical analysis to identify complexes. QUESTION: Is this enough to describe a characterized complex? with a function?

Paper title: Calcium-dependent interaction of calcineurin with Bcl-2 in neuronal tissue. Appears to be a wrong annotation to me -or represents a different view on the complex issue. Same problem for GO:0000159 protein phosphatase type 2A complex (annotated P10417 Bcl2 PMID:16717086 IDA MGI).

We need to agree on what is a complex, and when complex terms should be created.

Guidelines for annotation of protein complexes

Action items from May 12 call

First point to resolve:Towards the annotation of protein complexes

Do we agree that a goal of the GOC is to annotate protein complexes with MF/BP? Yes

How to correctly capture the BP and MF of individual subunits of complexes?

Proposal: Drop the 'contributes to' qualifier

Current problem with the 'contributes_to' qualifier is that is used with different meanings. 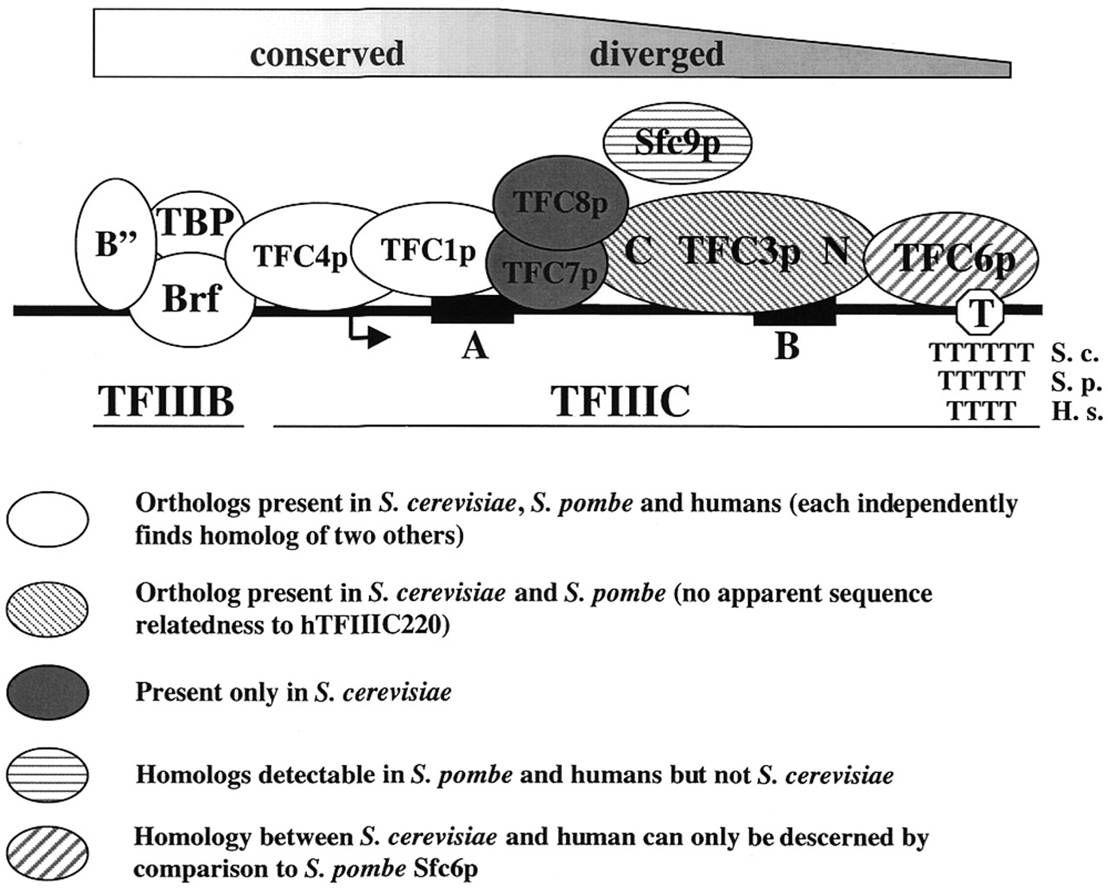 How should we annotate the molecular function of the complex?

- if we allow annotation to complexes, then we need to describe relationship between complexes and gp subunits, as the main 'currency' of the GO annotation effort is gene products

- Pascale: therefore need the propagation rules to annotation to subunits. All in agreement

Question: can we automatically propagate a BP term applied to a complex to all subunits?

- Harold: if have an annotation to each subunit, there needs to be a way of ensuring that we're not implying that the subunit can carry out the BP on its own.

- Peter: CDK26 - cell cycle regulation. Some BPs are big - they're often not carried out by one subunit.

- we have this situation currently, where we do not qualify a BP annotation based on whether it is carried out by a gp in its own right, or as a complex member.

- Pascale: where groups can fill in column 16/17 - they can indicate the context of a biological process.

- Suzi: currently if a gp is involved both positive and negative regulation of a process in different complexes we annotate to both.

- Peter: an annotation to a BP indicates a protein does not carry out a process by itself

- Peter: there are quiescent subunits in a ribosome, which are only scaffolding subunits.

- Pascale: would users expect the ribosomal subunits to the process of translation?

- Diana: need to be careful with the subunit composition of a protein complex

- Pascale: this should be provided by the external protein complex groups who will be generating the IDs

- Rama: would the context information be located in column 16/17?

- Pascale: this needs to be settled by software developer at a later date.

- Serenella: why not use 'Inferred from Complex Membership' evidence code, and complex ID within the 'with' field?

- Pascale: concern how this evidence code should be used.

- Diana: is important to have an indication in the annotation that the GO annotation has been inherited from the complex -to distinguish it from having been tested directly on the subunit

- Peter: experimental evidence should be provided to the annotation of the protein complex - rather than the subunit that inherits the annotation.

- Pascale: however, if we use IPI or IC-evidenced annotations, then we lose information on the experimental evidence.

- Peter: propagation of process terms down to subunits - can be done reliably. However need to determine an evidence code.

- Rama: has used the 'IC' code to describe the biological process of the subunits; where experimental evidence from the protein complex.

- Emily and Peter: we have a distinct reasoning process to describe relationship between a GO term and the protein complex subunits. In favour of ICM, and if we are concerned with variations in exp vs. non-exp then we could have subtypes of this evidence code.

- Diana: we should restrict it so that there always needs to be experimental proven evidence

- Emily: can ICM-evidenced annotations be transferred between complex subunits by ISS?

- Pascale: should be able to propagate this information to other species.

- Peter: when annotations made by inference - we need to provide a full description describing the information trace, to make reasoning path clear.

- Peter: and have some concerns about the validity of such ISS statements - if the protein complex is fluid and not conserved.

- Diana: e.g. condesins - have one conserved subunit and one not so conserved. Therefore there would worrying if curators did not bare this in mind when making ISS statements

- Emily: should orthology of complexes be something that should be supported by the external protein complex group? It may not be appropriate for the curators to make this assessment on orthology data of individual subunits.

- Summary: ICM annotations can be transferred by ISS - with the caution that curators need to determine that the complex subunits are sufficiently conserved between species.