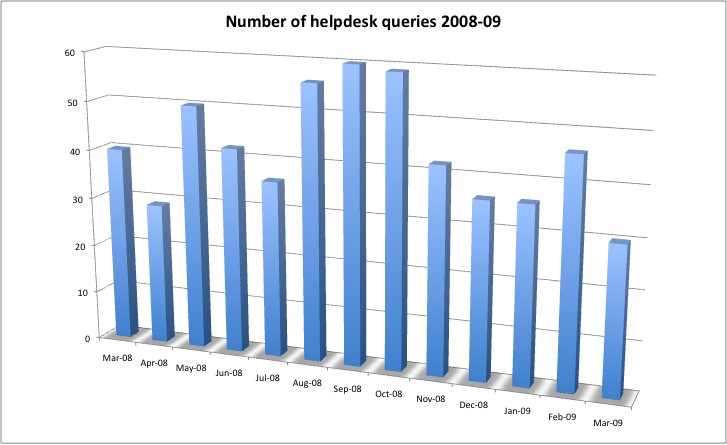 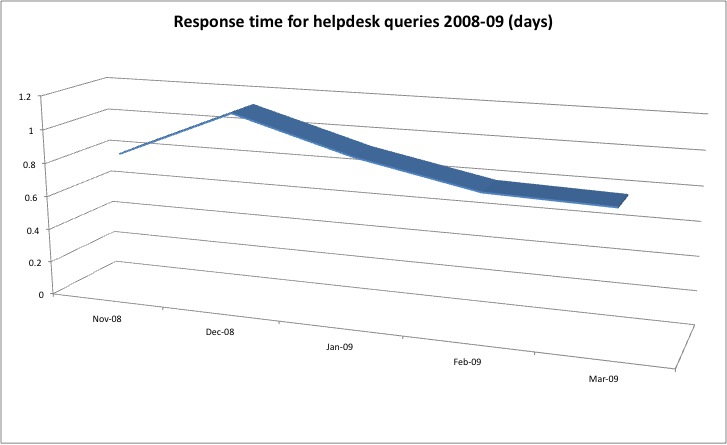 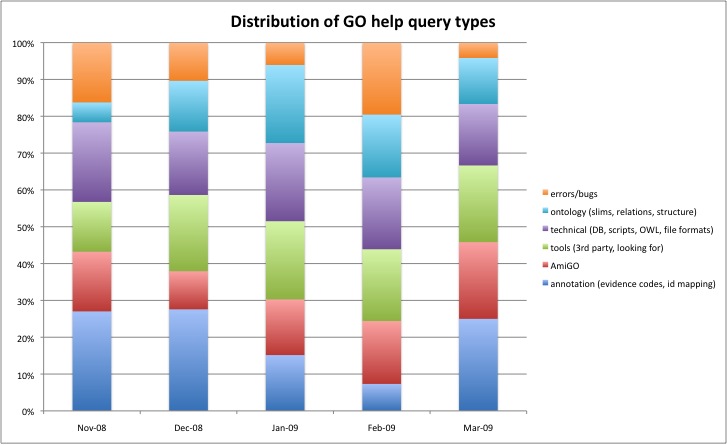 The newsletter has been discontinued as of Oct 2008. It will be replaced by a news feed driven by the software Drupal in the next couple of months. The former newsletter working group will moderate the news feed. See the wiki pages for more information.

Annotation training and user training in the community:

By its nature, annotation outreach and user training involves staff members giving a number of talks and training sessions in the community. Highlights in this period are shown below.

Jim Hu gave a computer demo at the Plant and Animal Genome meeting in San Diego. This included using GONUTS to do community GO annotation.

The sea urchin database people are in touch with WormBase (they are on the same campus at Caltech). To begin with, they are interested in doing InterPro2GO mappings for their proteins, and intend later to submit a gene association file.

Ruth Lovering presented a seminar to the Department of Medicine, UCL, entitled 'GO for it! Gene Ontology - an essential resource' on Friday 6th Feb.

Jane Lomax gave a talk for the new European Bioinformatics Institute predocs on the 13th February called "Introduction to GO and other Biomedical Ontologies".

Bryon Sosinski (sosinski at ncsu.edu) wrote to say that he is coordinating the sequencing of the peach genome, and is writing a USDA-SCRI proposal to employ GO for the initial annotation of the sequence. He also wishes to offer workshops to the community on how to do the higher level annotations in their respective regions of interest. He has been put in contact with Tanya Berardini at TAIR and Fiona McCarthy as AgBase to follow this up.