These images show the structure that we have set up to capture T cell signaling. 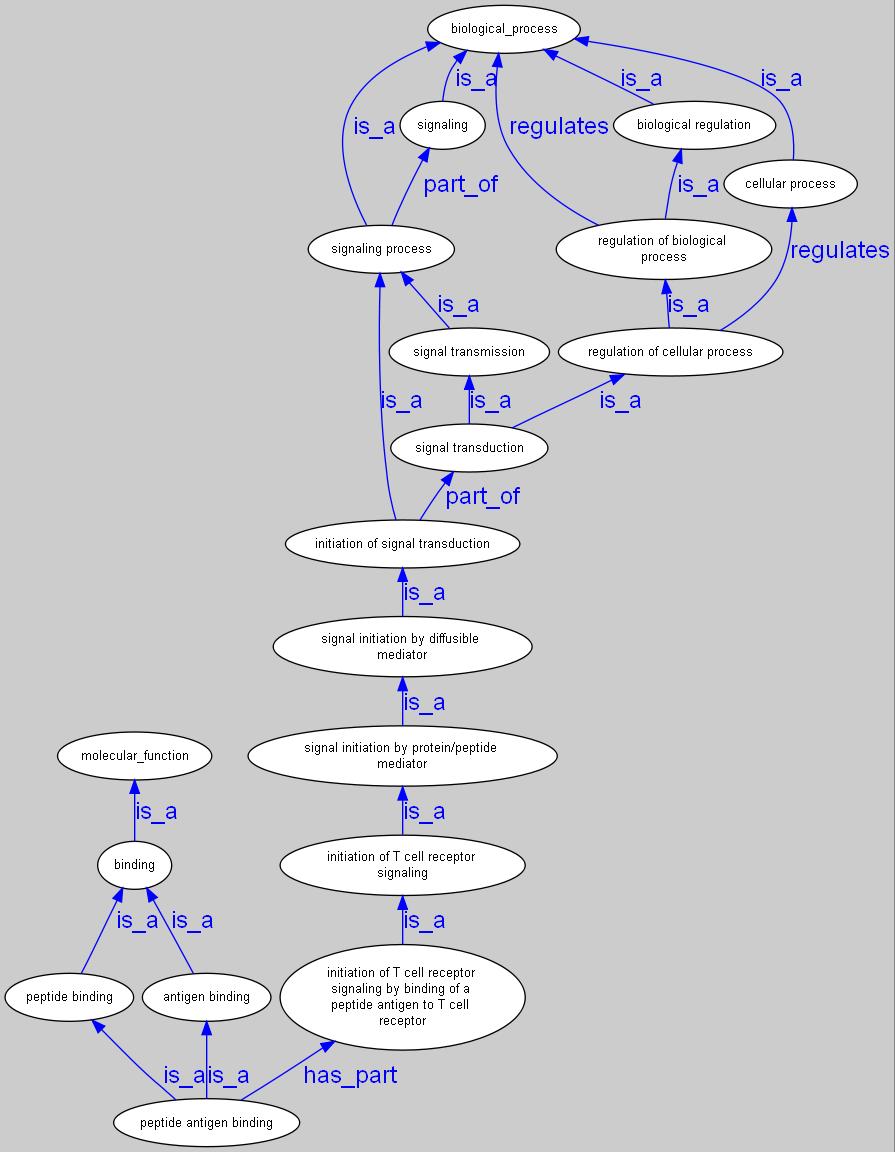 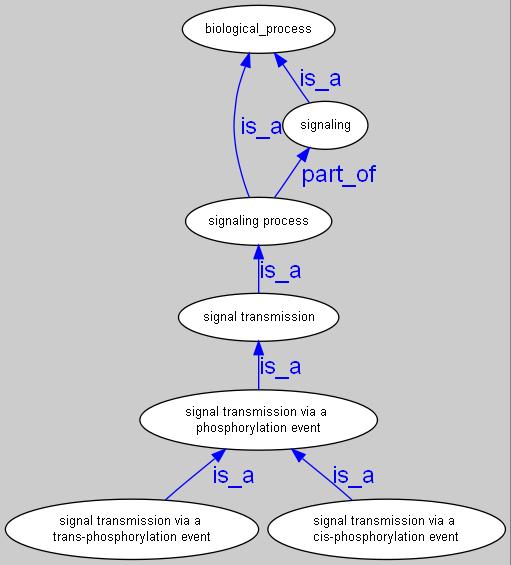 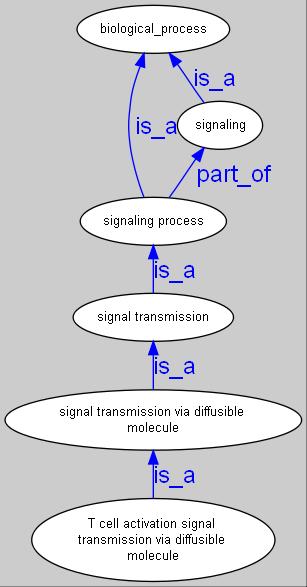 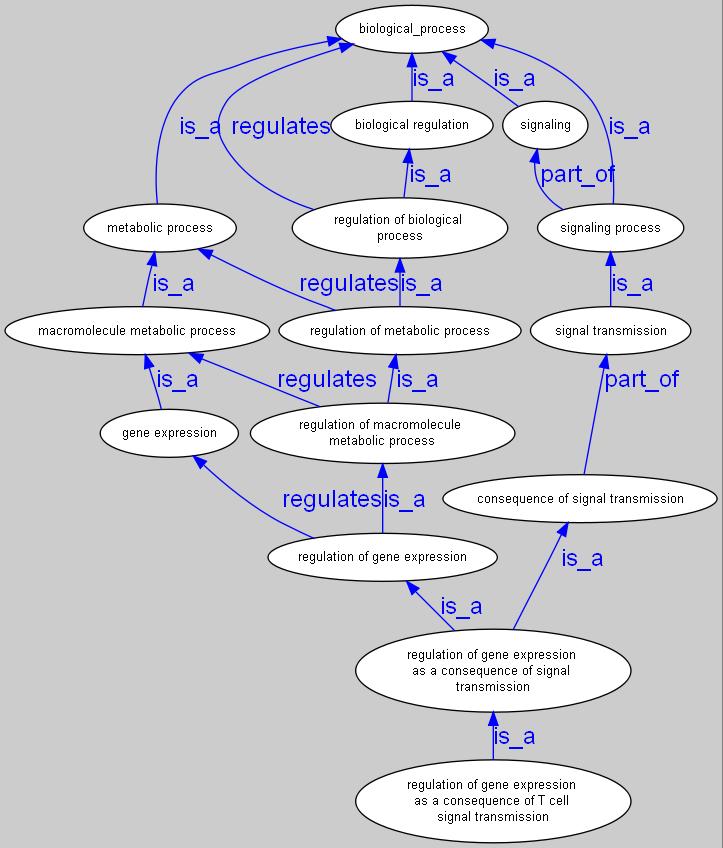 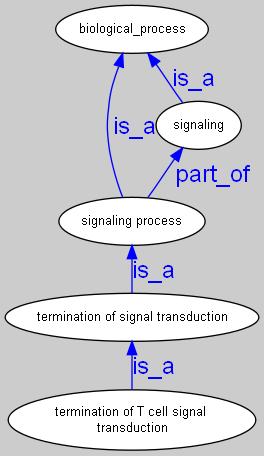 Thanks for your work on these graphs. In general I like the approach, but I have a couple of comments:

1. T cell receptors bind the unique combination of MHC molecules and the peptide antigens held by them. Residues on both the MHC molecules and peptides are contacted. This is extremely well worked out and documented in the literature. In some cases, the peptide itself is not even required, and in other cases a lipid antigen or polysaccharide is present instead of a peptide antigen.

A transmembrane protein complex composed of an MHC alpha chain and, in most cases, either an MHC class II beta chain or an invariant beta2-microglobin chain, and with or without a bound peptide, lipid, or polysaccharide antigen.

Moved "receptor recycling" to be under "signaling process". A number of recycling terms are missing and Sandra will write these out on paper during the week and pass them to Jennifer to be entered before the next meeting.

Additional parentage given to "termination of T cell signal transduction":

Signal initiation and the MHC Complex

Improved the relationships connecting initiation of T cell signaling to the binding terms in the function ontology: 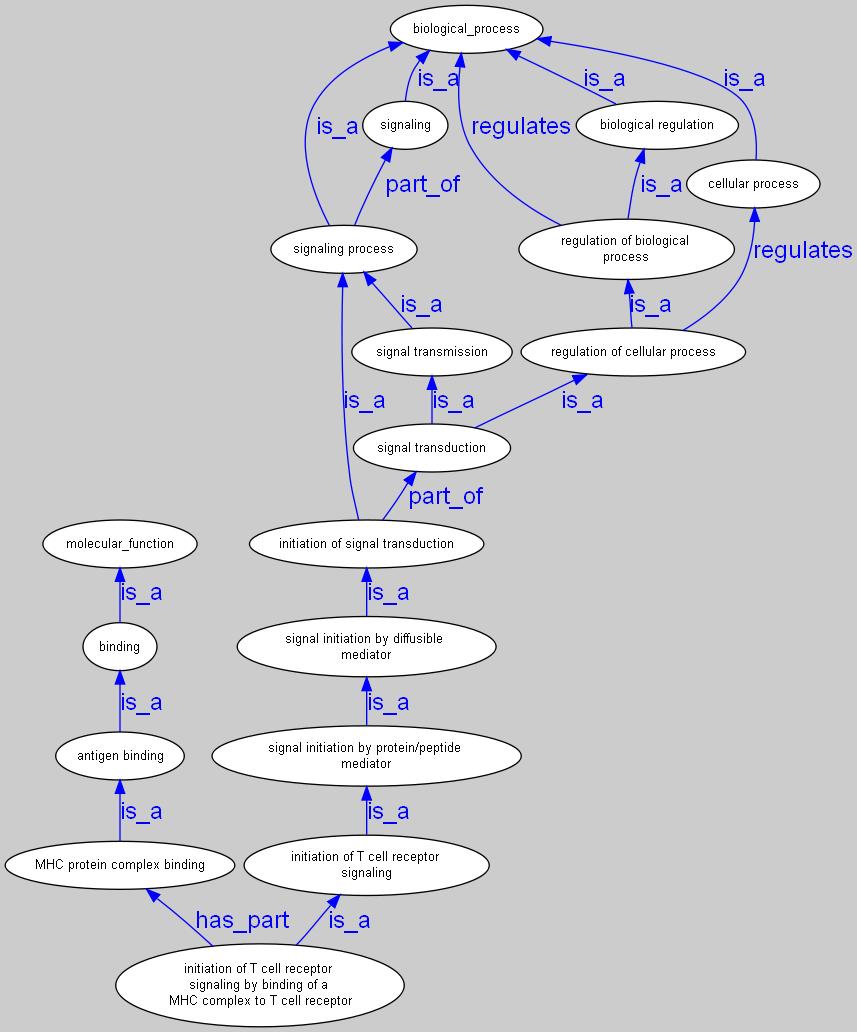 Made new terms to enhance the function part of this graph:

The group liked the changes that Sandra had suggested for the structure of "consequence of signal transmission" the previous week. Alex had many ideas for other child terms.

Action: Jennifer and Alex to meet and fill in these child terms.

Having comprehensively captured one path we made the following plan for work:

We moved all the pre-existing terms to fit them under our new structure.

The action items from last week are still outstanding so we aim to do these in the coming week.

Jennifer is to add standard definitions to the undefined terms where possible, and will them mail out to the participants the list of terms we have added to the graph over this entire project.

Once we have all had another look at these terms and their definitions, we hope to publicise the changes to the whole consortium after Christmas, with a view to making the terms live a few weeks later.