Status: part_of xp defs are in the main ontology

This is mostly temporal xps: definitions of terms based on a genus term and a larger containing process

And should thus be non-redundant with them; you should see no xp defs involving the regulates link.

However, we do expect xps such as the following:

Obol was used to generate the initial version of the file. Obol grammar: obol_biological_process_xp_self prolog grammar.

In contrast to many of the other XP files, an additional approach was used to seed potential xps defs: for each term, is_a and part_of pairs were tested to see if they were unique to that term. If unique, the links were used in the xp def. Note that this inevitably leads to "false positives" - necessary and sufficient conditions that are also satisfied by other terms. These were all examined by cjm, but some may have slipped through.

The full obol explanation is as follows:

Loading the xps into OE, we can ask for an explanation here (implied links are blue dashed lines): 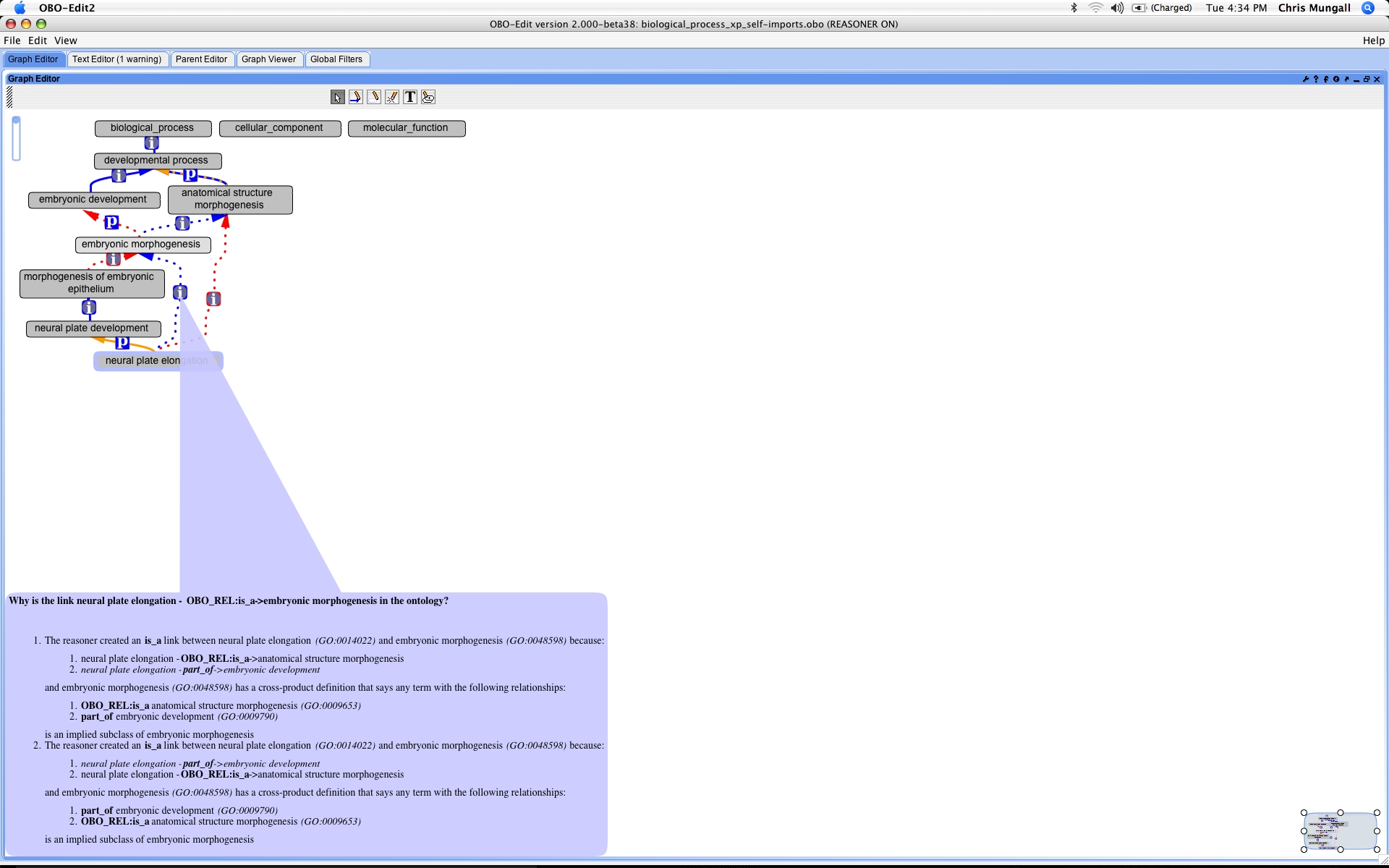 It's still not exactly clear...

Here is my explanation:

Perhaps these should be manually fixed to

part_of vs during / involved in