Difference between revisions of "Cardiac conduction"

Items to add to Programme

Please add any items to be added to the programme below

--Questions for experts based on Day 1 discussions and ontology development

2.Is it the same cell in the Bundle of His that also forms the Purkinje fibers, or are these made of different cells?

3.Which ions are flowing through the gap junctions?

5.Beta adrenergic signaling, which node is this active in? (Term created may need to be changed; we currently have this as SA node CMC to atrial CMC.)

-- Questions for GO editors and annotators:

The Anatomy and Physiology of the Sinoatrial Node—A Contemporary Review PMID: 20946278 [5] 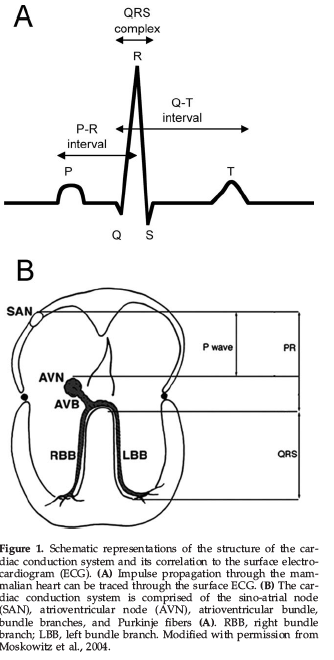 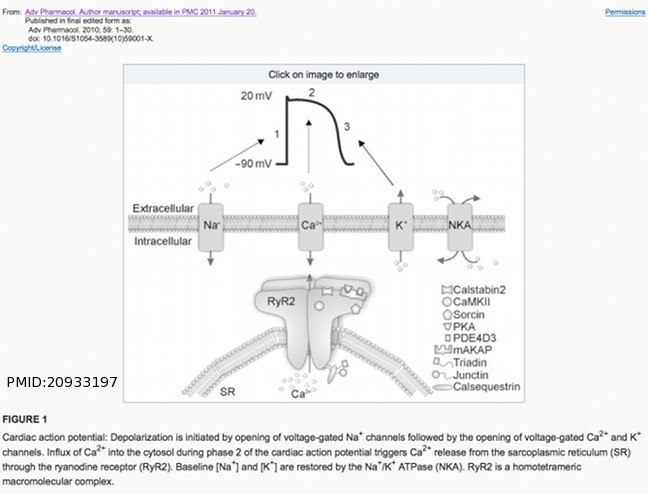 Varsha's notes on discussion of ontology with Andy Tinker File:HeartConductionOntologyDiscussion.pdf

encodes for the major cardiac voltage-gated Na+ channel (PMID:14500339[1]) which is associated with human arrhythmic syndromes (PMID:21895525[2]). Which of the following process terms should it be annotated to

Sodium channel β1- and β2-subunits (SCN1B, SCN2B) also associated with cardiac conduction associated diseases (PMID:19808477[3]). From this paper: Functions attributed to β-subunits include an increase in sodium channel expression at the cell surface, modulation of channel gating and voltage dependence, and a role in cell adhesion and recruitment of cytosolic proteins such as ankyrin G.

Splicing variant 1B only regulation of NaV1.2 was to increase the sodium current density.

mutations in multiple ion channel genes including KCNQ1, KCNE2, KCNJ2, KCNA5, SUR2A, and SCN5A as well as the gap junction gene GJA5, the nuclear protein NUP155, and the atrial natriuretic peptide precursor NPPA have been associated with atrial fibrillation (AF).