Difference between revisions of "Implementation"

I have solved problems about almost all child terms of "response to drug" term. The changes are already in the lived file.


I have asked to ChEBI people (Kirill) if it would be possible to have these substance in ChEBI molecular structure ontology.We are waiting for that!

To be asked GO curator

To be asked ChEBI curator WAIT before doing that!!!! 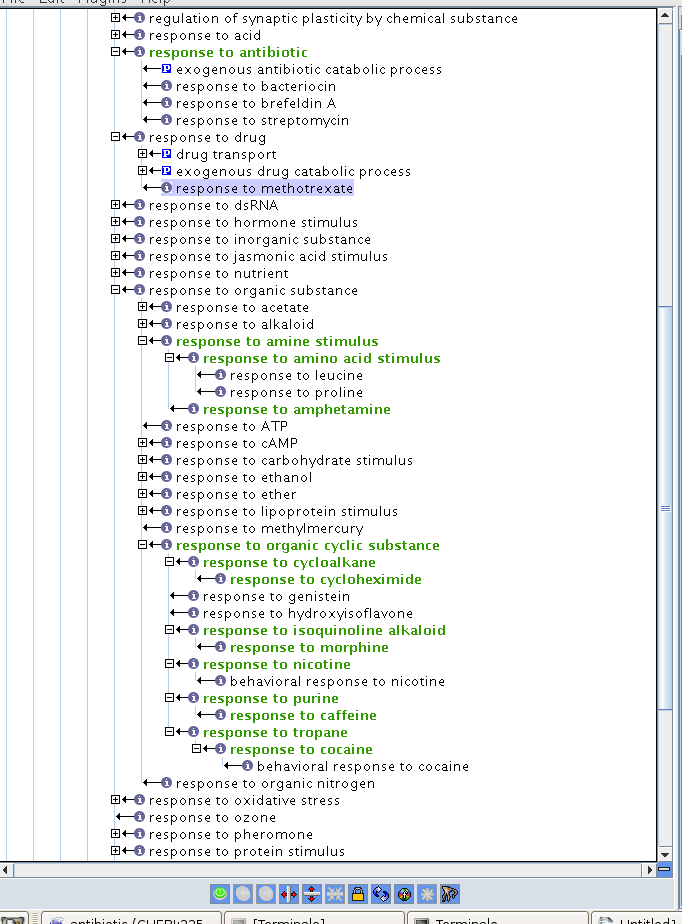