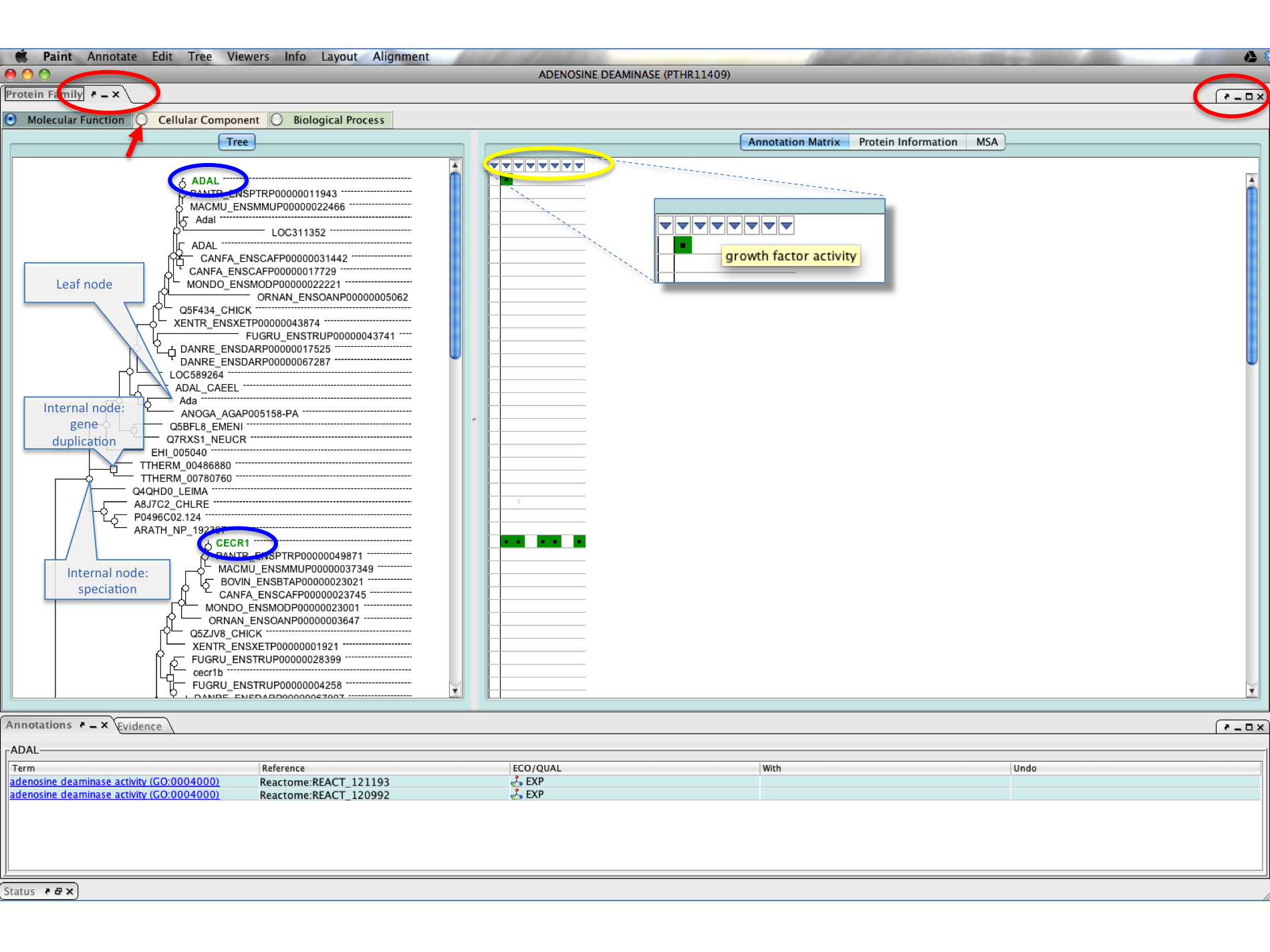 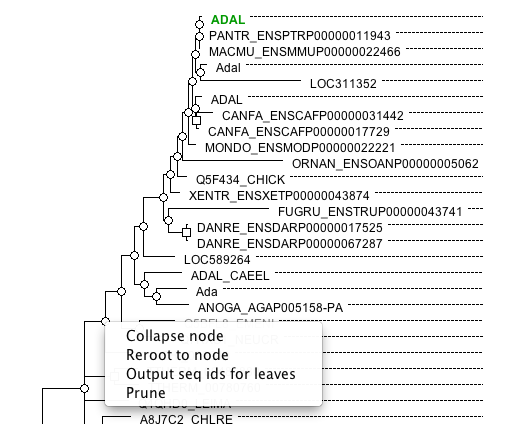 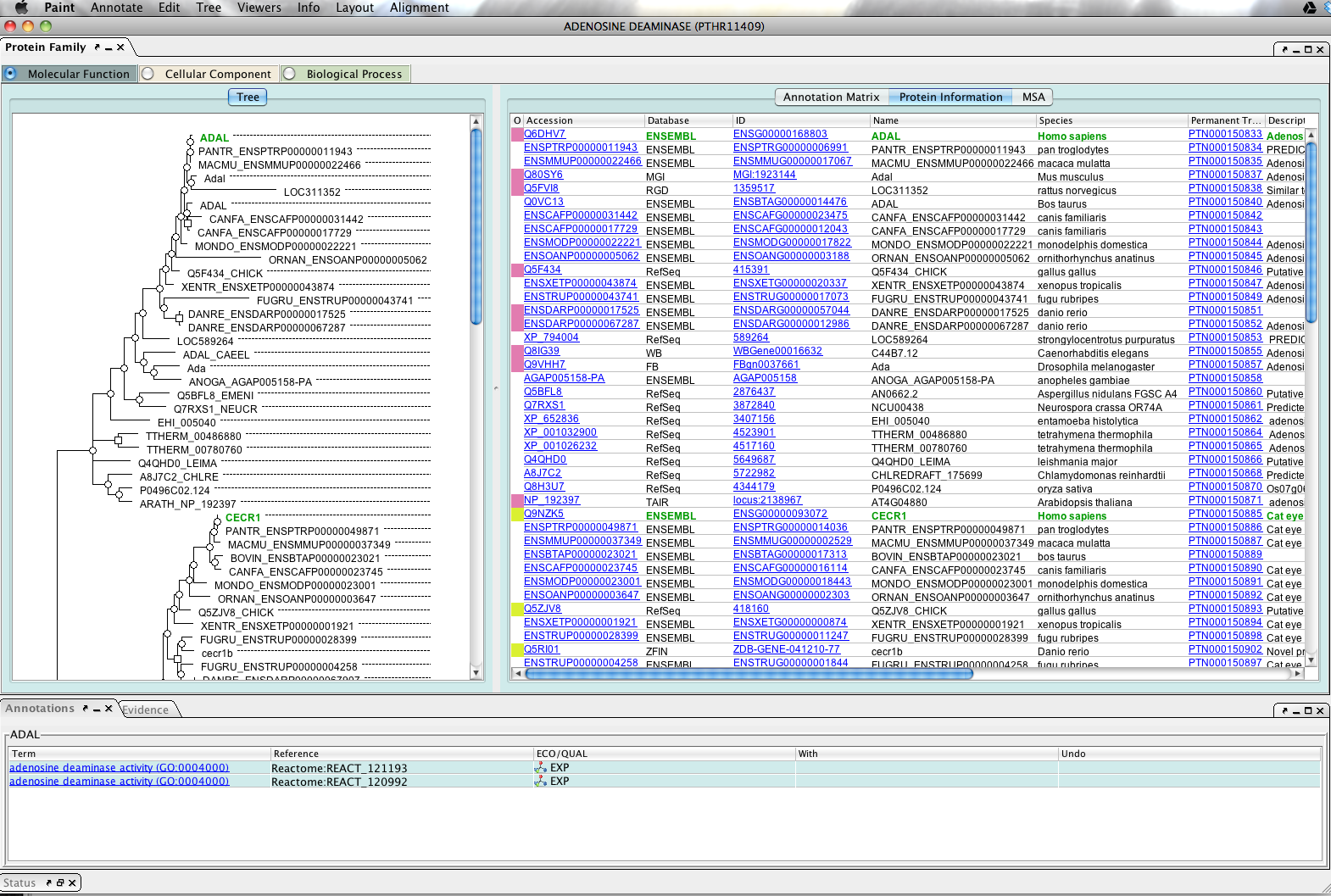 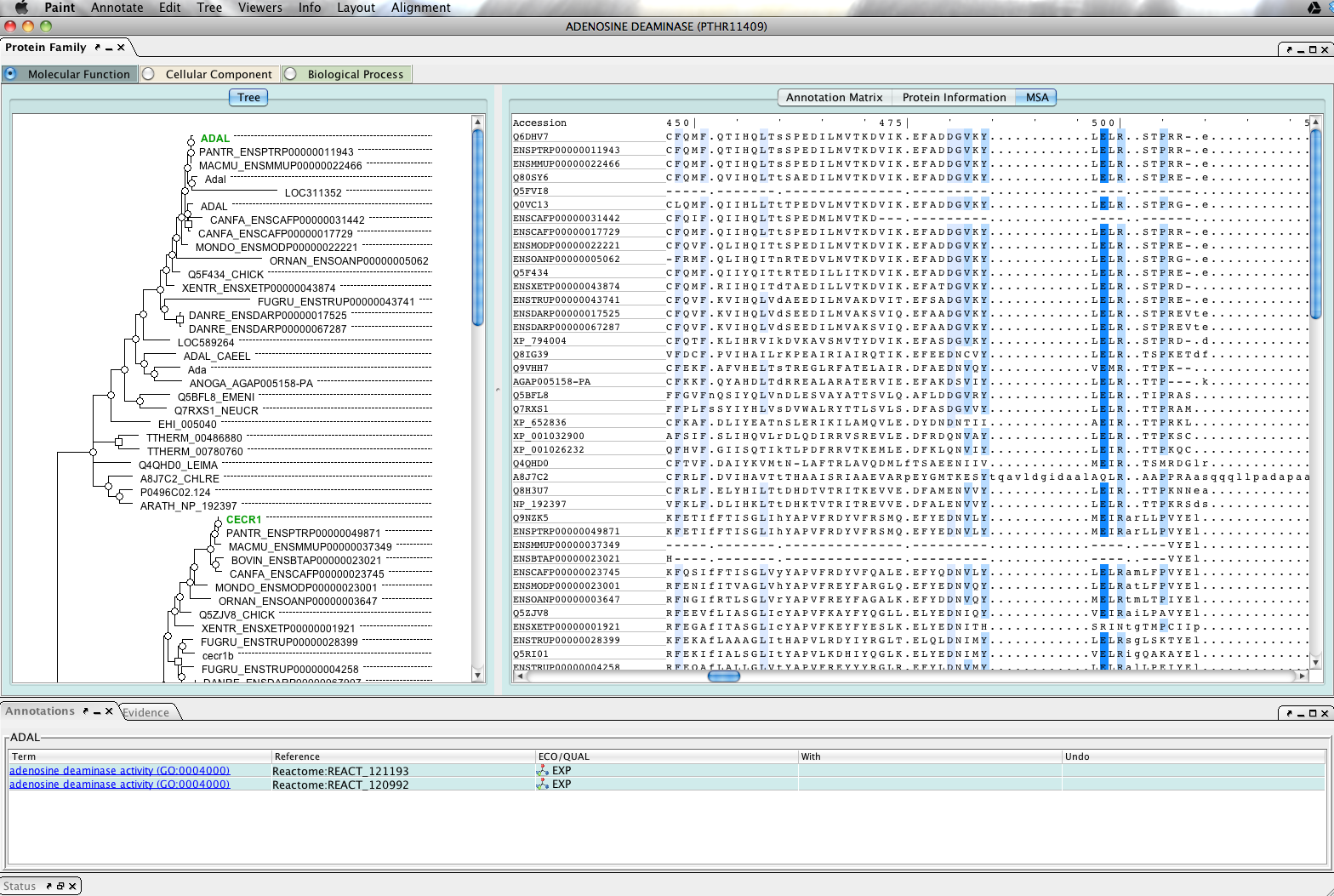 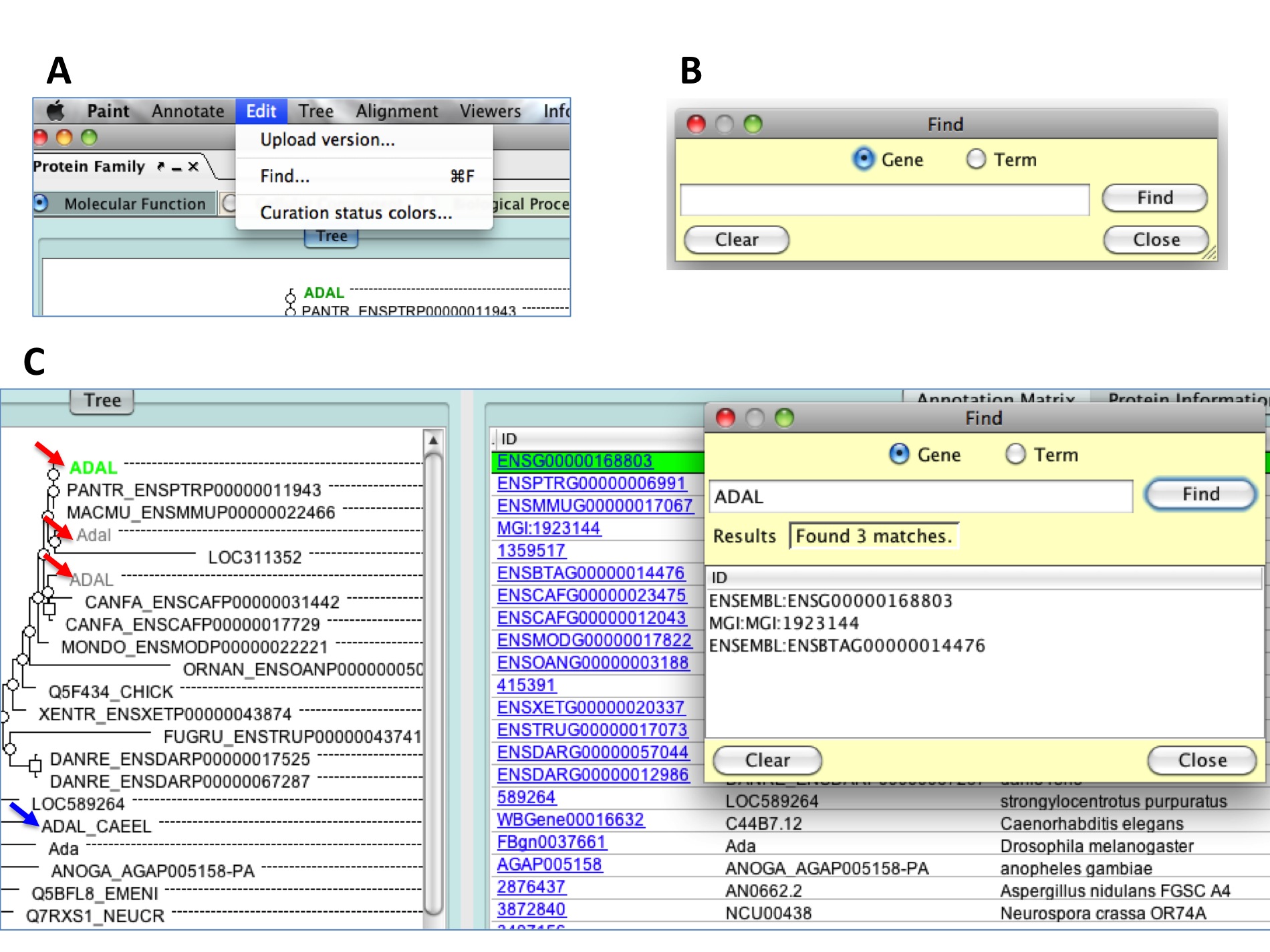 Note: Creating a very large Annotation Matrix may slow your computer down; this will manifest as slow scrolling and delayed screen refreshes when resizing the matrix. Consider sizing it to utilize only the top pane with the GO terms.

The tree building program has some known bugs that are being fixed. Most often, the errors are due to problems with the sequence alignment, or the specific MSA columns used to estimate the phylogeny. It performs fairly robust handling of sequence fragments, but sequence fragments still cause errors. Another source of error is when the sequences evolve very slowly, generating little variation from which to estimate phylogeny. In this case, the errors can usually be fixed by including additional alignment positions to consider in the phylogeny.