Arrow icons at the size they would appear in AmiGO 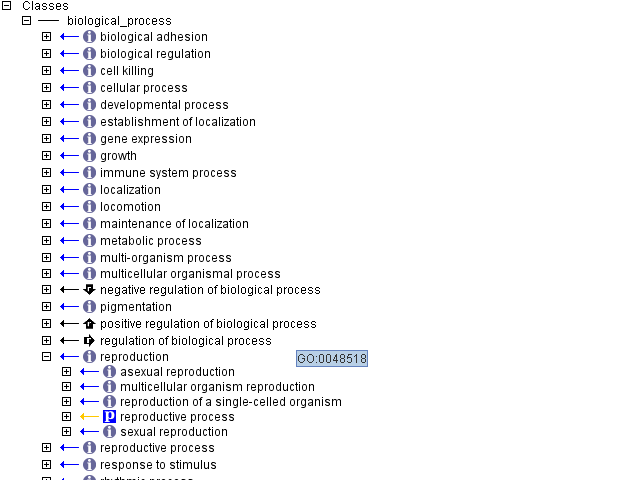 Triangle icons at the size they would appear in AmiGO 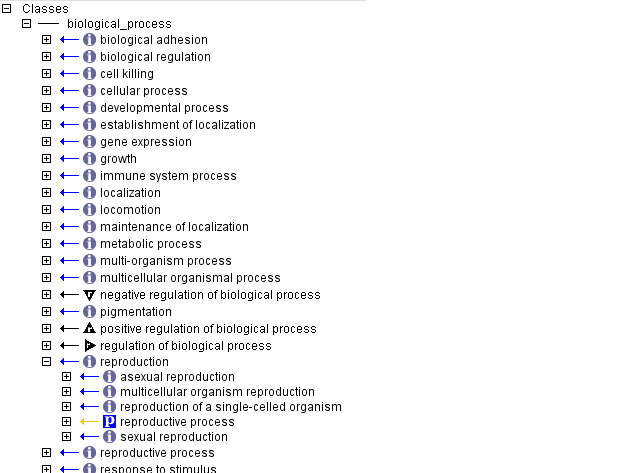 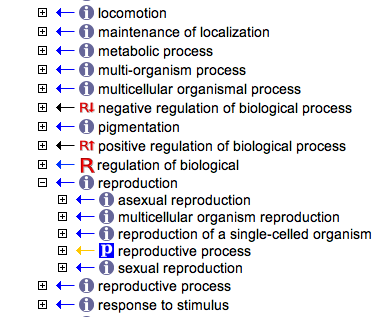 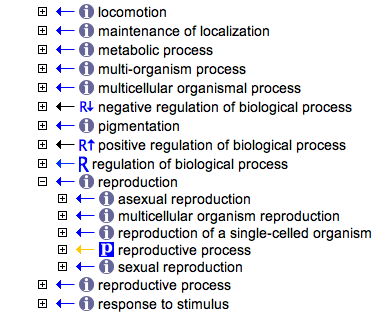 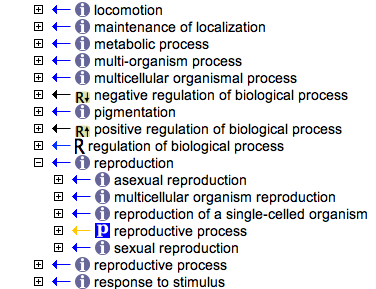 Vote for your favourite colours (below):

Harold: For me,the arrow icons in the first example are easy to see and get the point across.
Jane: I like the arrows too, and also the letter-based icons

Erika: I like the black arrow icons. They are very clear but a bit smaller. I also like the red letter-based icon and the blue ones.