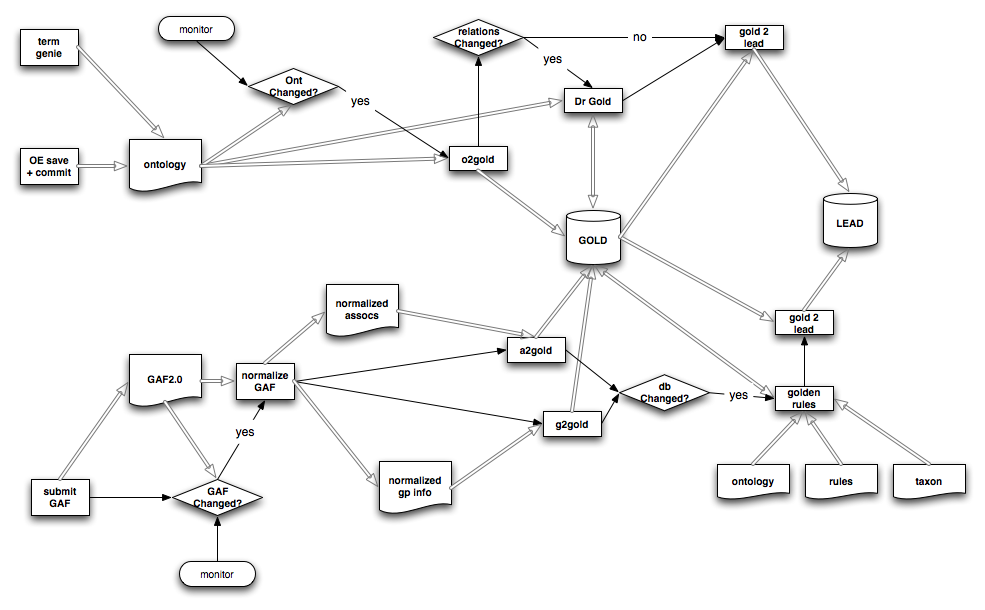 The dataflow has two parts:

Create a simple servlet interface to the database that will allow GOC members and production administrators to check on the progress of database loads and perform administrative tasks. This will be implemented using RESTlet, and will also allow programmatic access, returning JSON objects.

May be via Hibernate and/or bulkloads.