Move PAINT repository off of sourceforge onto github

- There was an email sent out by Chris on April 27th. We should provide feedback how this should be handled for a smooth transition.

Overview of the tree

This family contains the uL1 large ribosomal subunit sequences conserved across eubacteria (including chloroplast ribosomes), Archaea, and eukaryotes (including mitochondrial ribosomes) and also the eL8 large ribosomal subunit sequences conserved across Archaea and eukaryotes (aka yeast L8, mammalian L7A, Archaeal rpl7ae). There have been additional duplications in the eukaryotes producing proteins involved in ribosome biogenesis, but not present in the mature ribosome.

Some issues in the tree

Pictoral summary of the tree 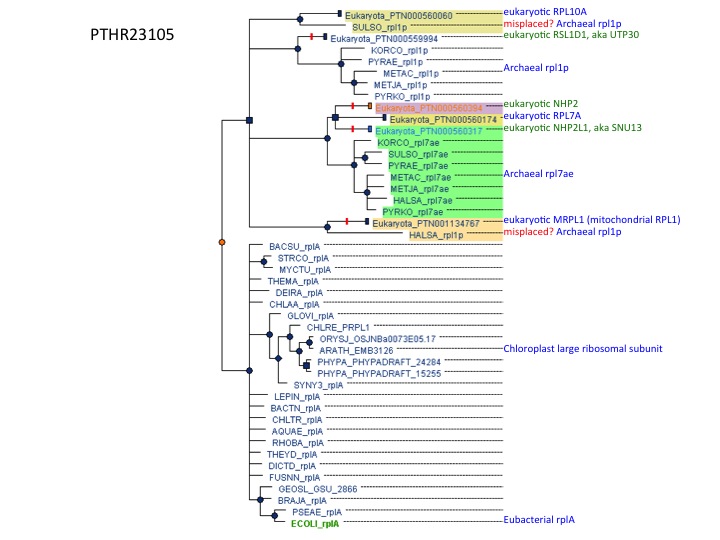