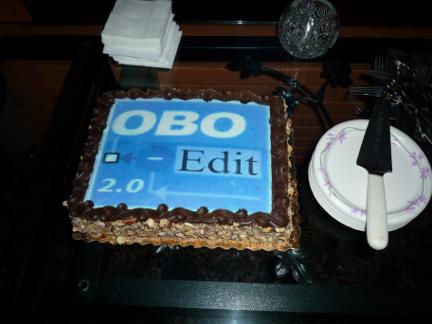 Dangling reference issues (references to terms that don't have their own stanza in any of the files loaded)
One problem with dangling references is that they cause the display of a java pointer in the XP tab when used as part of an XP def - possible example in Colin's bug report here:
https://sourceforge.net/tracker/?func=detail&atid=418260&aid=2741114&group_id=36855

David gave up including dangling references as it is currently too difficult in OBO-Edit - both because of this issue and because of display of blank nodes in graphs and trees.

Importing whole ontologies slows things down terribly and is not feasible. Chris mentions an option to have selective imports of ontologies. David has also using this. Something similar is being considered for OE 2.01.
David's system just grabs is_a path to root for every term he uses.