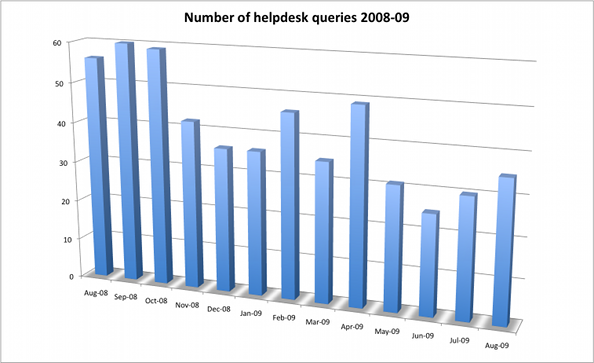 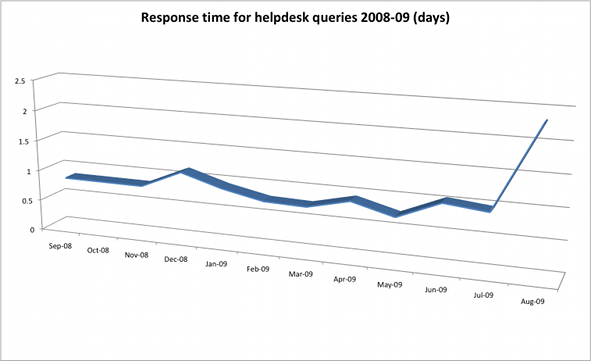 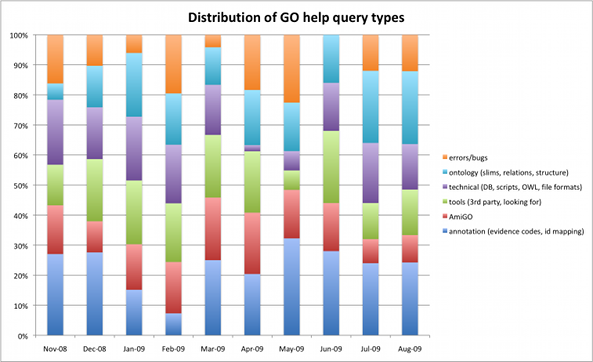 The newsletter has been replaced by a a news page. Users can also follow news on this page via RSS feed and Twitter. The former newsletter working group now moderates the news feed. See the wiki pages for more information.

Annotation training and user training in the community:

By its nature, annotation outreach and user training involves staff members giving a number of talks and training sessions in the community. Highlights in this period are shown below.

Bryon Sosinski (sosinski at ncsu.edu) wrote to say that he is coordinating the sequencing of the peach genome, and is writing a USDA-SCRI proposal to employ GO for the initial annotation of the sequence.

Valerie Wood ran a community curation pilot project for fission yeast, by sending forms to researchers to complete for a recent publication. The initial trial of 20 publications had a 95% response rate demonstrating that the fission yeast community is willing to participate actively in the curation process. See the pilot summary at http://www.sanger.ac.uk/Projects/S_pombe/community_curation.shtml. Eight SF items were also raised for new biology, or ontology issues.

The pilot will be extended to 50 laboratories within one month. The hope is to get funding to develop a simple community curation interface as part of the fission yeast grant proposal. We believe that this initiative presents a significant cost-effective opportunity to enhance the efforts of core curation staff at low cost.